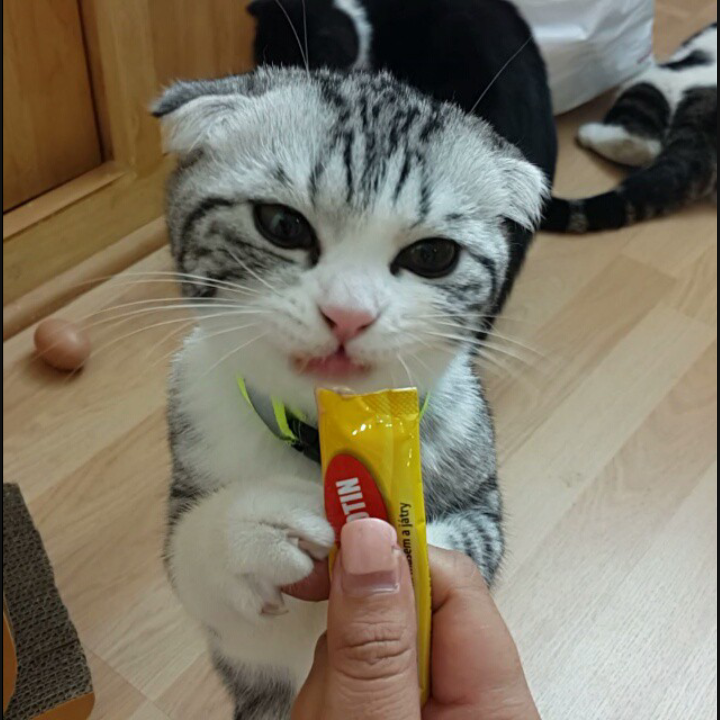 It is normally assumed that domestic cats show reservation to affection. It is taken that they are slow in showing emotions compared to dogs. It is also believed that they are easily bored and seemingly disinterested in open events about them, except when such events fall within their scope of interest.

They are unlike dogs in so many ways. They always want to dictate the times and terms of affection, and if it does not interest them, they take off. Cats show less affection when you are never around. They show more affection to people that are always around. Simply staying in the same room or environment with a cat provides an opportunity to show affection and in turn it gives signs that it desires reciprocation. Talk to your cat the same way you would talk to a baby who has not yet started talking. Talk to it like it understands. Talking provides the opportunity for interaction, which in turn gives it room to reciprocate in its own way.

Cats have a habit of showing up unannounced. They come in and go out whenever they like. So if your cat has to spend long time alone or away, try to understand that it’s is nature to want to explore. Try to provide a well comfortable environment where it can play and entertain itself. Cats love to explore. They get bored staying in a particular place for too long. A good environment where it can watch what is going on outside will keep it entertained. Although cat show reservation to affection, that does not mean they always want to be alone. They seek a companion they can trust. To be included in its circle, first you have to let yourself be accepted. A cat that wants to include you in its circle needs to be given the impression that you have agreed to be accepted; to be accepted is to let yourself be claimed by them. Cats release pheromones (a chemical substance produced and released by animals which affect the behavior of others of its species) from its cheek glands. It uses the scent to claim you especially when you give it a full-body rub. When a cat allows you to rub it, it in turn signifies that it is now ready to show affection based on the affection it accepted. Cats show affection by accepting affection.

When a cat loves you it shows signs that it do. It engages in playful activities just to please you, so appreciate being chosen. Just like every other animal, cats are vulnerable when asleep so they depend on your full trust and protection when asleep.

When a cat comes close to you seeking warmth and comfort, it then implies that it trust you won’t do it harm. When comfortable around you, it displays signs of affection like stretching out and exposing its stomach to you which makes it vulnerable to attacks at that point. Be careful where you touch it at that moment, because any sign of discomfort, will lead to an attack, like biting or scratching.

The best way to show affection to a cat is to let it show you affection first, based on how you welcome them. They love it when the love is not one sided, but do not expect it to always remain that way when they get bored. Always keep them interested.

Cats are no different from other creatures when it comes to showing affection. Some cats love being played with, others might tolerate it, while some just plainly dislike it. The best way to detect sign of affection is by gently petting it in areas in seems comfortable with; any sign of discomfort will irritate it and will be perceived as a threat; playing with a cat that does not want to be played with can cause undue stress and will not be perceived as affection.

When a cat stares at you with sleepy eyes or half-closed eyes, is a sign of affection. It is a way cat sends kisses to those they are affectionate about. Such affection can easily be reciprocated by you, by sending “cat kisses” and wait for its response. Learn to spend quality time with your cat, just as you would enjoy any other companionship. Sharing quality time with your cat is the highest sign of affection. Cats love to play, with toys, and anything they can kick about. Learn what keeps your cat interested. Create a play time for your cat that falls within your free hours, so as to spend more time together. Most cats entertain themselves when chasing and catching things, they love playing with mice toys, squeezed up paper sheets, just to kick around.

Cats love to climb and scratch things. They do it for fun. Try to provide a scratch pad for your cat; to help keep them busy, and also prevent them for damaging any useful thing. Cats also love playing the game of hide and seek. They love to hide beneath or behind things such as a cardboard box and pounce on any moving object. Do not force a cat to play or train with you, because that forced play time can quickly turn sour. Cats bore easily; always try to mix up fun games and routines as often as you can. Also, always be mindful of how your cat reacts, no two cats are alike in their choice of play preference.

5 Ways to Restore Your Relationship

4 Things to Do to Save Your Relationship

No they are not lol

Cool, i guess cats are not so bad tho.